(Re)conceptualization of the Museum of African Art – the Veda and Dr. Zdravko Pečar Collection

Sneak a peak into our publication (.pdf)

At the time of its opening for the public, the Museum of African Art – the Veda and Dr. Zdravko Pečar Collection was promoted as the only European anticolonial museum. Besides the names of the creators and creators of the initial collection – Veda Zagorac and Zdravko Pečar – occurring in the in the name of the Museum, there is nothing on the original display to indicate the historical circumstances of its founding.

The title Nyimpa kor ndzidzi comes from the writing on the side of the fishing boat which Dr. Zdravko Pečar received as a gift from the chief of the Mankoadze village in Ghana in 1975. Literally it translates to there is no food for one man, and in a figurative sense it indicates the spirit of community: one man cannot survive alone. The exhibition unfolds in segments as an extension, intervention, insertion onto the permanent display, spreading into the annex of the Museum – in the part titled Unpacking the Veda Zagorac and Zdravko Pečar Archive – through citations, biographical data, the photograph and moving image.

For the purpose of placing emphasis on the context of this Museum’s founding, as well as the work of its founders and initiators, the exhibition Nyimpa kor ndzidzi focuses on little known museum contents such as documents, writings, photographs, films and periodicals. Their placement through thematic segments within the original permanent display (from 1977), makes it possible to question different interpretations and potentials of this Museum and create the foundation for speech on human rights, equality and solidarity. 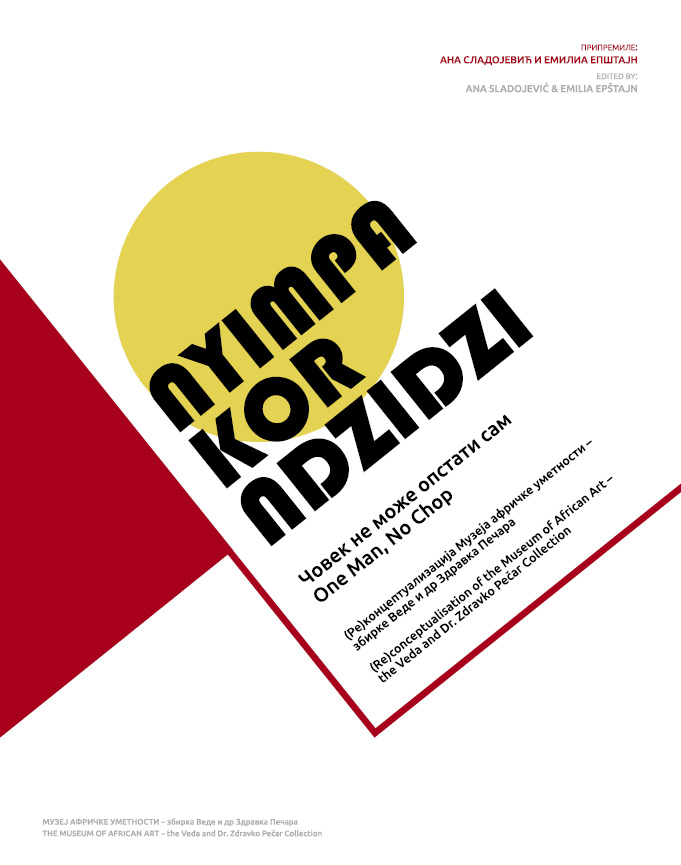 Sneak a peak into our publication