A History of the Gifts to the MAA

Museum of African Art can be said to have emerged from the friendship between the people of the former Yugoslavia and African countries. It was created thanks to the initial gift-collection of 430 African artifacts that Veda Zagorac and Dr. Zdravko Pečar, museum benefactors, selflessly shared with their compatriots. In the four decades that followed, the museum collection was enlarged and ‟built” mostly thanks to gifts of domestic and foreign donors. The history of museum gifts is the history of cultural and diplomatic ties with Africa and its peoples; it is also a history of travel, discovery of Africa and admiration for the creativity of African art.

Among the donors, there are prominent African statesmen who, in the course of their political and economic missions, regularly visited the museum on Topčider Hill, in the European capital of non-alignment. On the list of gift-givers we come across presidents of African countries: Moussa Traore (Mali), Omar Bongo (Gabon), Kenneth Kaunda (Zambia), Daniel arap Moi (Kenya), Yoweri Museveni (Uganda), as well as various other African intellectuals and diplomats. 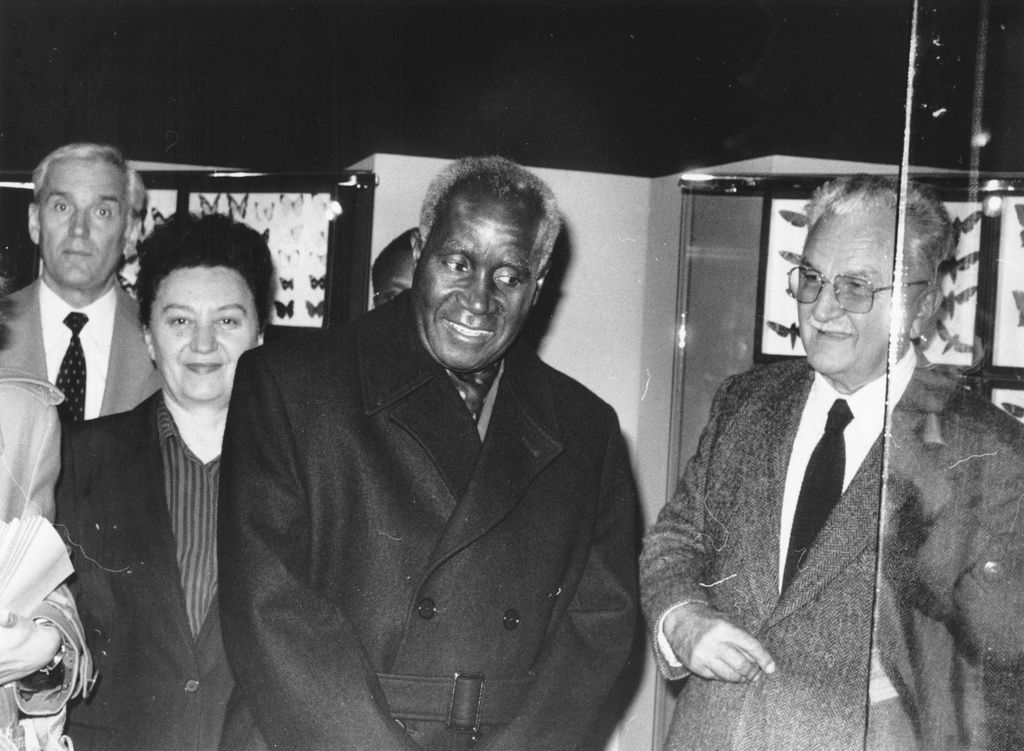 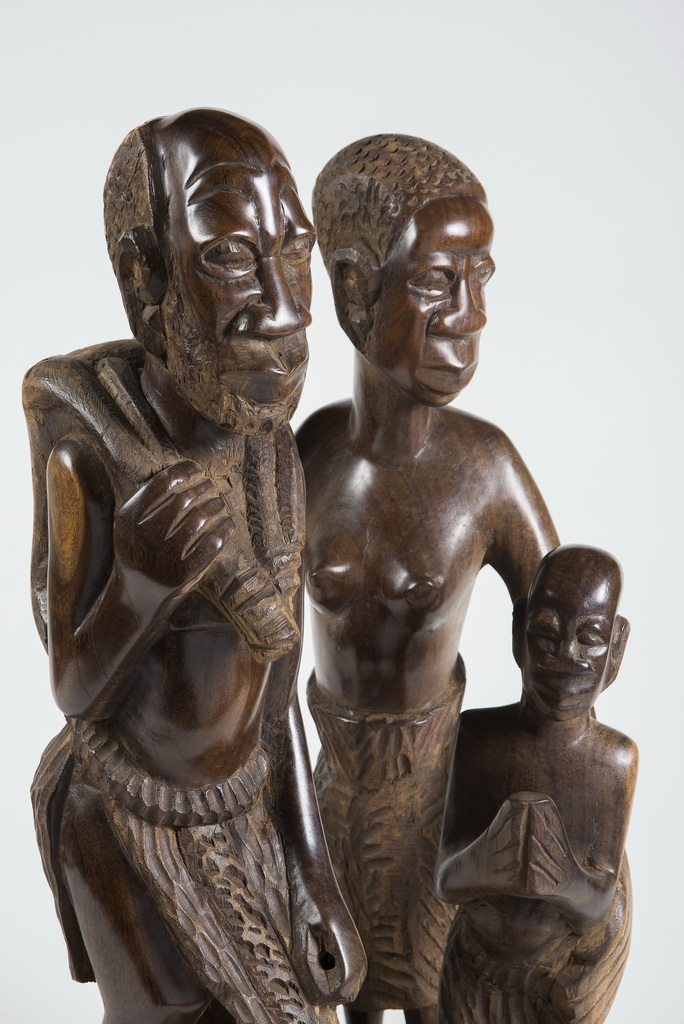 Gifts of African diplomats often carry important cultural messages, in addition to their ethnographic and artistic value, as well as their importance as historical documents. We will give the example of a presidential gift from Ghana – an expensive kente fabric made of silk and cotton, which takes several months to make. It is commissioned and worn on festive occasions by dignitaries and political leaders, as a form of clothing, i.e. a toga. Another example is president Traore’s gift: a musical instrument called kora (a type of African lute), whose cultural symbolism lies in the fact that griots (court poets) play this instrument as accompaniment to songs extolling the bravery of Malian heroes and celebrating the glorious past of the Bamana people. 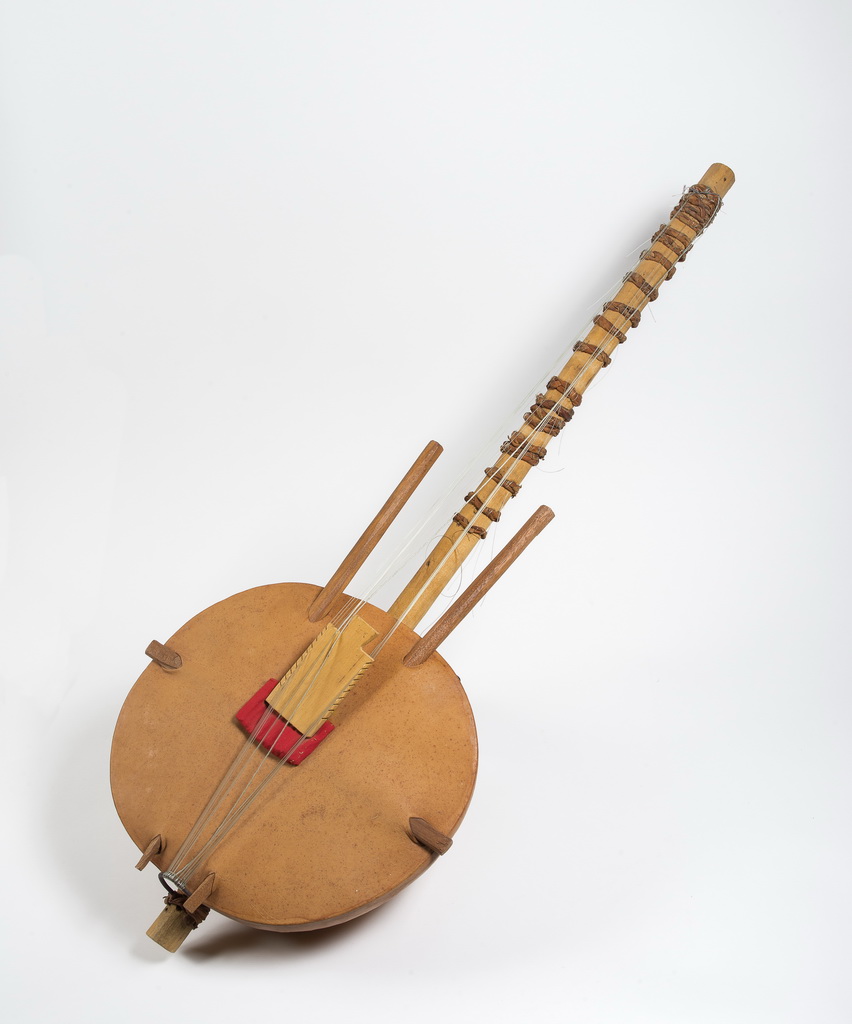 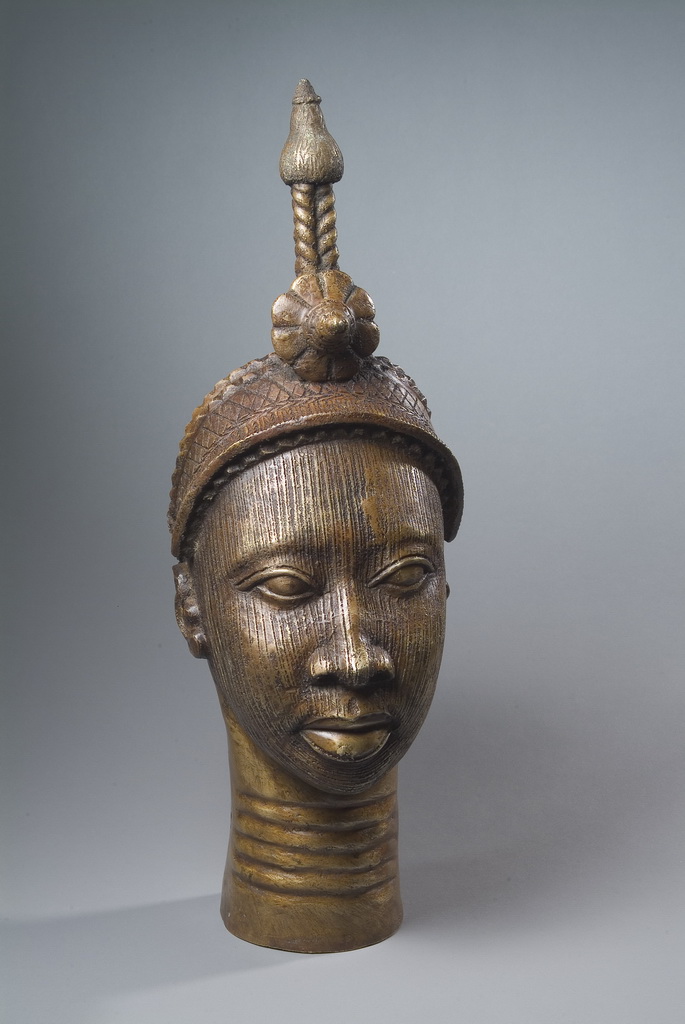 The Olokun head – gift of the National Museum in Lagos
(photo V. Popović)

The friendship of the African and Yugoslav peoples embodied in gifts from Africans has been preserved through the friendship of Africa and Serbia. Awareness of the anti-colonial history of our people is still present today among Africans, who continue to make contributions to the House of Africa in Belgrade in the new millennium, thus reaffirming the non-colonial character of this museum – a specific political orientation woven into its history. Such are some more recent gifts from Africans: for instance, the gift of Ethiopian prince H.I.H. Asfa-Wossen Asserate donated in 2012 – a ceremonial cloak worn by the cantor of the Ethiopian Orthodox Tevahedo Church, which is estimated to be circa 100 years old. Traditional musical instruments given by the Algerian Ministry of Culture in 2013 are another example of the enduring bonds of friendship that continue to be cultivated. 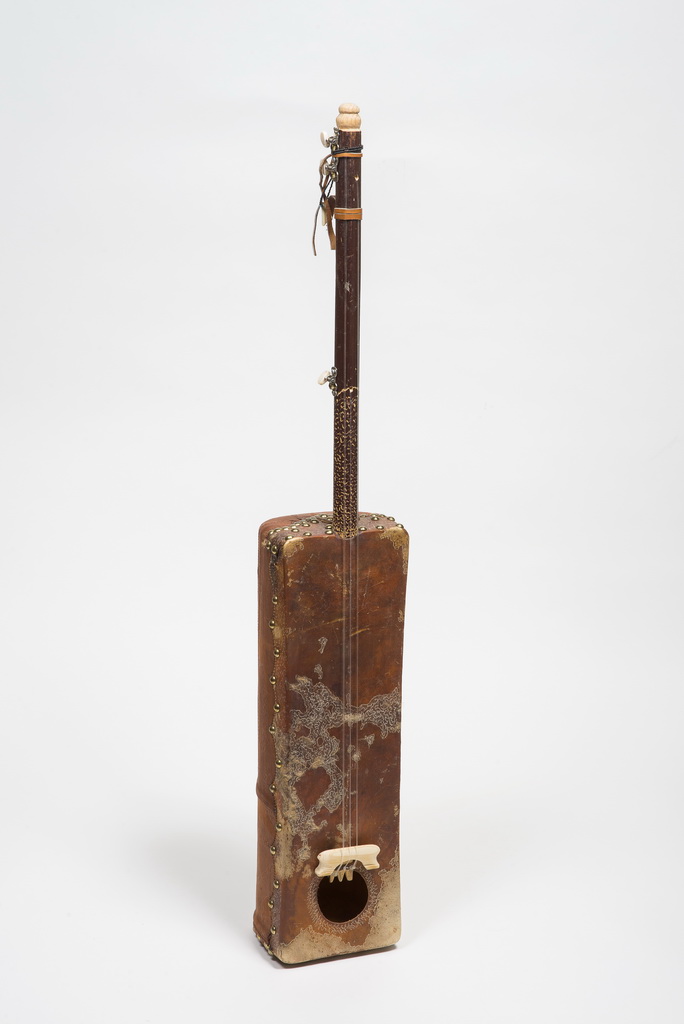 One of the latest diplomatic gifts is a finely embellished ceremonial horse tack set from Morocco, courtesy of the Ambassador of the Kingdom of Morocco in Belgrade, H.E. Mohammed Amin Belhaj (2018), which represents a particularly valuable addition to our collection of artifacts from North Africa.

Domestic donors are predominantly diplomats, doctors, engineers and academic researchers who have been traveling to Africa since the middle of the 20th century. The donated objects and collections can be considered as a part of their ‟personal discovery” of Africa, and they reflect their personal affinities and fascination with certain forms of art – masks, textiles, jewelry, weapons. At the same time, these items are historical records that document the collecting activity of domestic admirers of African art, and their reception of African artistry and creativity.

One of the largest donations from a domestic donor is a collection of decorative arts and crafts from Ethiopia consisting of 211 items, which are a gift of the Seferović family from Belgrade. The fact that the collection was systematically collected and assembled by a museum curator and ethnologist – namely Nina Seferović, after whom the collection is named – gives it exceptional museological value. 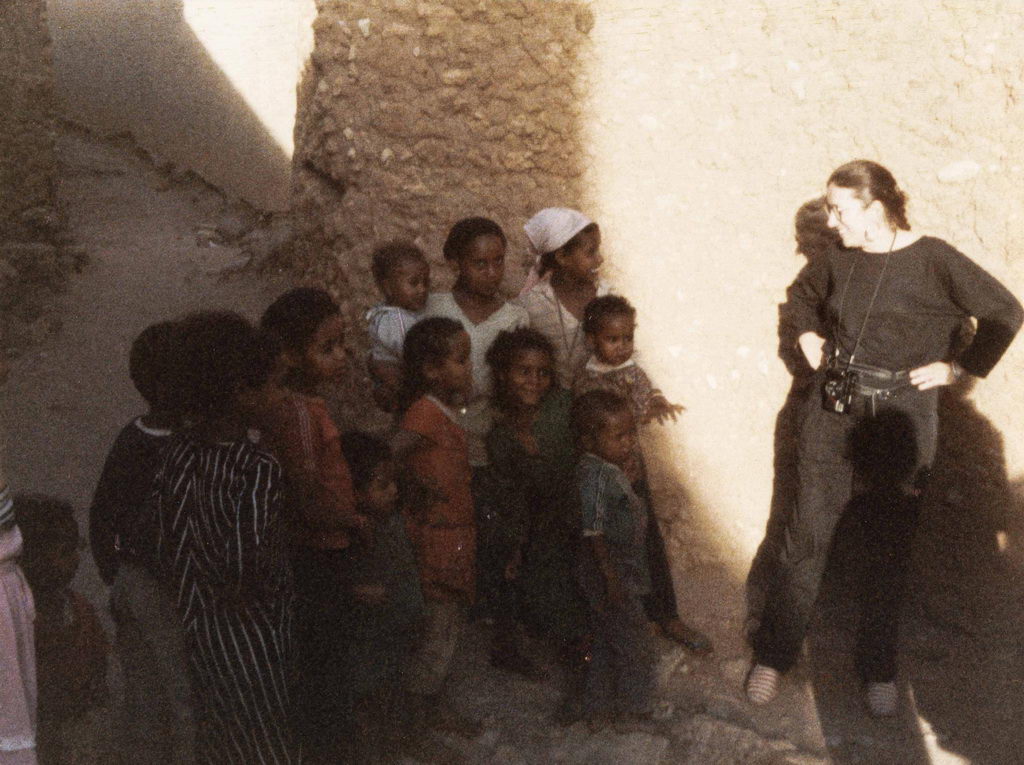 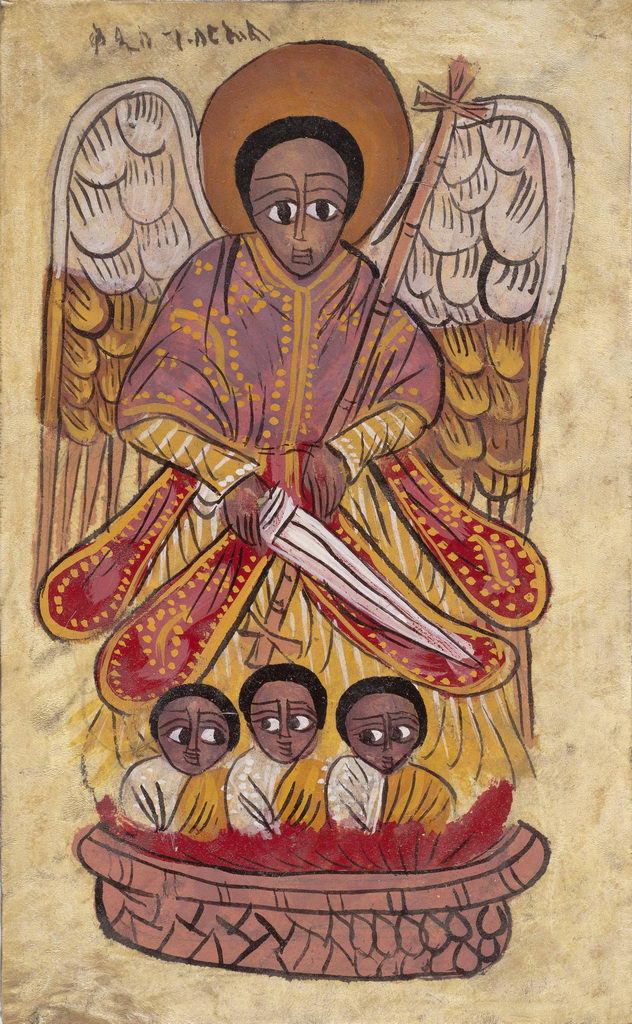 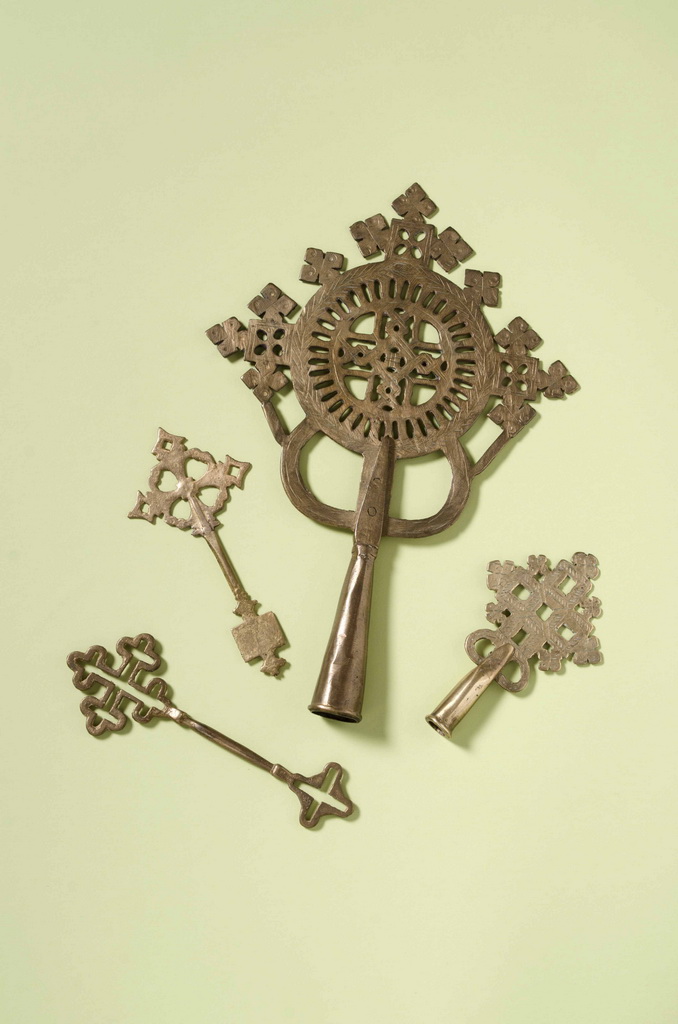 Another important donation is the legacy of Dr. Ljubica Djordjević, who worked as a medical expert in Central Africa during the 1960s and 1970s. Thanks to her, the museum received a valuable collection of approximately one hundred artifacts consisting of masks, weapons, paintings, sculptures, fetishes, jewelry and traditional household items from the Congo. The collection represents a major contribution of art and material culture from Central Africa – a geographical and cultural region which, until then, had been underrepresented in the museum collection. In addition to Dr. Djordjević, there was another donor, Dragoljub Najman, Yugoslavia's ambassador to UNESCO, who contributed to the Central African collection with a precious collection of masks from Congo and DR Congo. 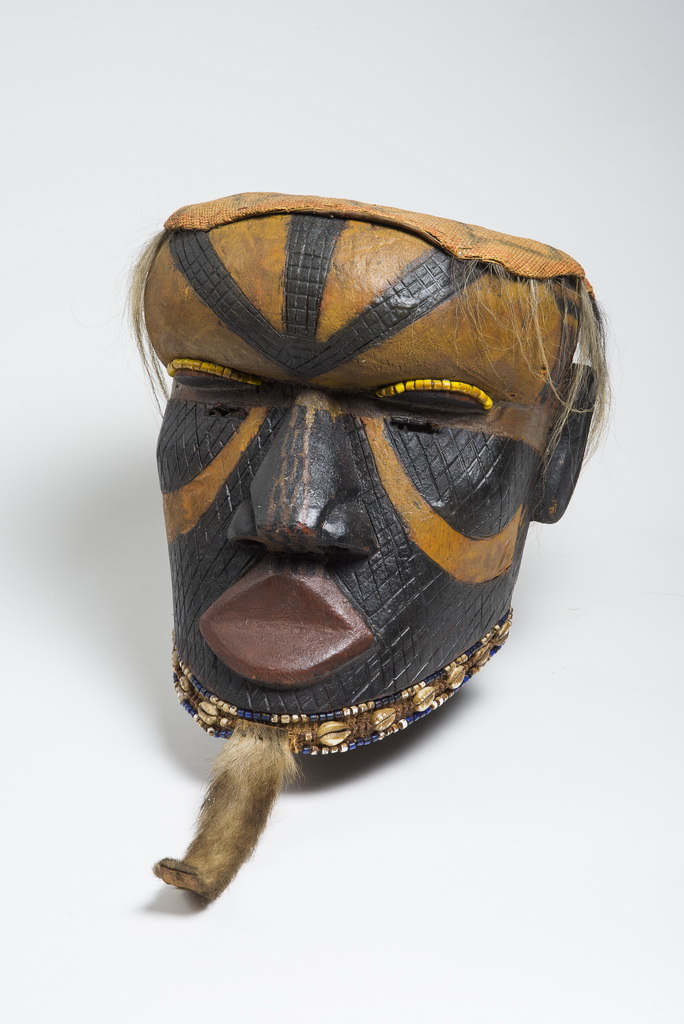 There are numerous other ambassadors, journalists, medical experts, architects, cultural representatives, artists, university professors both from Serbia and abroad who contributed to the museum collection. In addition to artifacts, among the gifts to the museum are books on Africa, which are added to the museum library, as well as photographic material from Africa, which is stored in the museum's growing photo collection. We are grateful to all our donors who have become part of the history of the museum collections, and the museum itself. Their philanthropic gestures have contributed to the presentation of African heritage, and the education of generations of museum visitors, experts, researchers, as well as the local and wider community in general.