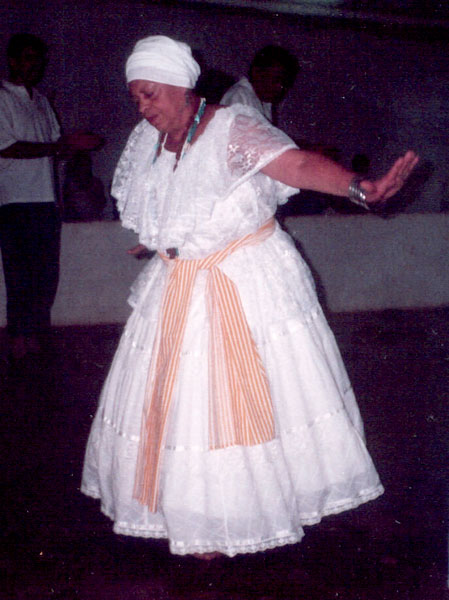 Between 1997-2003 anthropologist Ivan Milicevic Neto conducted research in Brasilia and Goiana, studying Afro-Brazilian ceremonies candomble and umbanda. His observations of ritual behaviour and trances resulted in a series of photographs – valuable documentary material conveying this particular form of religious practice, in which he himself participated. The candomble and umbanda rituals and beliefs are dedicated to the orisha’s, higher deities of the Nago-Yoruba and Bantu peoples of Angola and Congo, who reached Brazil in the first transatlantic ships, creating as a result a specific religious syncretism.

The exhibition will be opened by H.E. Mr. Dante COELHO DE LIMA, Ambassador to Brazil in Serbia. The exhibition, catalogue and program are realized with the support of the EMBASSY OF BRASIL IN BELGRADE